What Do Random Number Generators Do in Casinos? 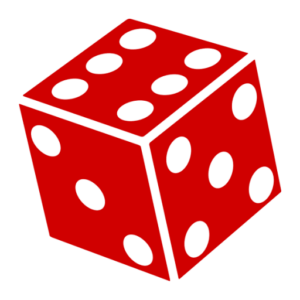 When there is no dealer present, random number generators (RNGs) are utilized to generate random numbers. Each of the symbols on a slot machine’s reels has a numerical value. This is especially true of slots. In terms of winning potential, a 5-reel slot with 12 symbols per reel exceeds a 3-reel slot. Each of the five reels of the reel machine is assigned a value between 1 and 12. To win, the player must combine the five ‘random’ symbols in any order.

Is It Possible to Control Random Number Generators?

Controlling random number generators is conceivable, but most people cannot for several reasons. Most casinos realize that by playing fairly, they will make more money in the long run. Third-party firms must also examine all casino software before it is made public. However, some employees tampered with a random number generator to get an advantage over their employers. In 2008, World Wide Wagering, an online betting business, was found to have rigged their games by BLR Software to increase the house edge.

What Safeguards Are in Place to Assure Fairness of Random Number Generators?

Every regulated and licensed casino employs third-party software that has been properly tested. These third parties provide testing and consulting services to both online and offline gaming companies. For example, a sportsbook or betting exchange might evaluate a random number generator. A thorough security audit might evaluate a poker system. All random number generators that pass the fairness test are certified as really random.

According to the independent tests, elements such as the number of credits in play and the possible payoff do not affect the games. It also ensures the machines meet the minimum payout percentages set by local authorities and gaming commissions, which may vary.

Changing a single machine necessitates a lengthy process. If a casino in Las Vegas wants to change something, they must notify the state first. They must then use state-approved chips with a paper trail, and inspectors must randomly inspect the machines to ensure the games are fair.

In casinos, how are Random Number Generators (RNGs) used?

Assume you’re playing slots online and are curious about how the slot machine’s random number generator determines which symbols you’ll be awarded.

In a nutshell, each symbol on a slot machine has its own distinct value. The random number generator (RNG) in three-reel, ten-symbol online slots generates a value between 1 and 10 for each of the three reels to produce a completely random sequence of three symbols.

Can You Survive Against a Random Number Generator?

The program used by online casinos to generate random numbers is extremely difficult, if not impossible, to hack. These RNG methods are designed to be resistant to manipulation by any party with a vested interest in doing so.

Before issuing licenses, official regulatory bodies such as the UK Gambling Commission ensure that online casino providers have met the highest possible standards of fairness and safety.

Because the casino has a slight advantage, most casinos recognize that they will make more money in the long run if they follow the rules and do not defraud players of their winnings.

Having said that, the gambling industry has seen numerous instances of random number generator (RNG) casino systems being hacked and altered to benefit either the game provider or the player.

Everyone in Vegas, for example, is familiar with the story of Ronald Harris, a programmer who had a firsthand understanding of how random number generator (RNG) slot machines worked. He modified these games in the mid-1990s so that they would pay out generously in response to specific commands.

On the other hand, there have been instances where the house has acted unfairly, as Norman Clam, who was playing craps at World Wide Wagering in 2008 and can attest to this fact, can attest. He concluded that the company that supplied the games had changed them so that the percentage of winnings was significantly lower.

Independent auditors must conduct routine audits on casino software used both online and in traditional brick-and-mortar locations. These types of evaluations determine whether a game provider provides its customers with a random, enjoyable, and fair gaming experience.

The following procedures, in whole or in part, could be included in the audit: